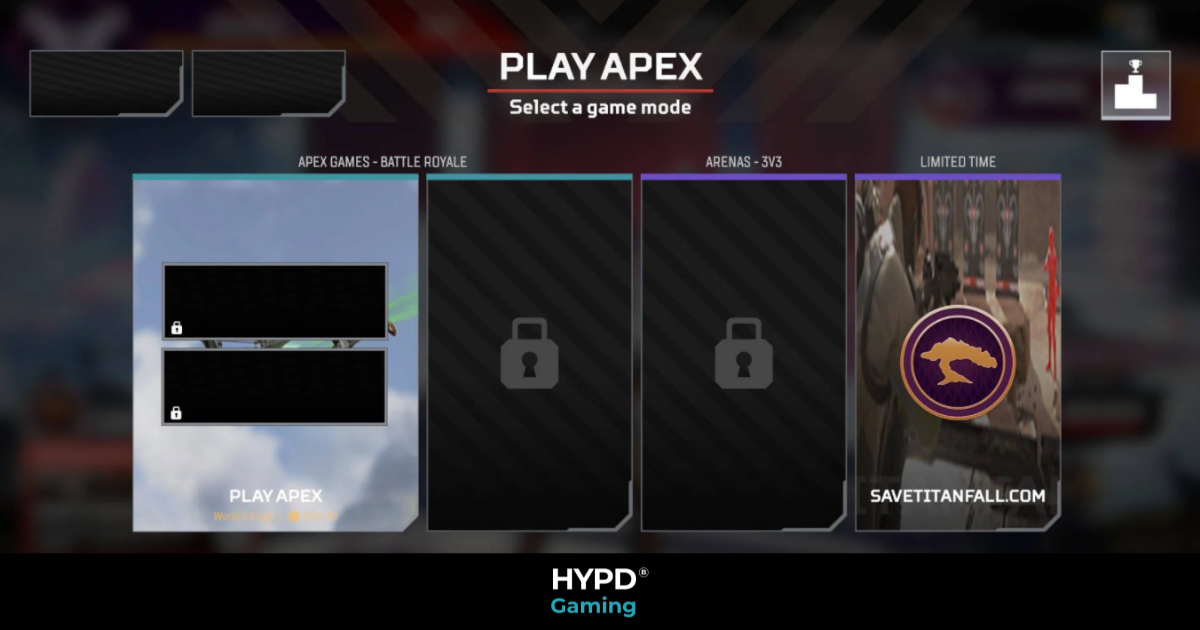 Respawn Entertainment’s Apex Legends has been hacked, the fast-paced first-person battle royale has proven to be a hit with over 100 million unique players and over 300,000 players on Steam at one point in May. You may have heard that Titanfall has started to gain popularity out of nowhere and now it’s starting to affect Apex. Reports circulating social media show images of people logging into Apex to be greeted with a “Save Titanfall” message which also blocks players from searching for a game.

Respawn acknowledged that their game had been hacked and took to Twitter saying “We are aware of and actively investigating issues impacting @PlayApex playlists that are preventing players from getting into matches.” Later they tweeted that these hacks don’t put users private information at risk and the team are testing a fix.

We’re testing a fix now and will update when we have more confidence. Additional updates may be required.

In the meantime, we’ve determined that this attack—while disruptive—has not put players’ personal information or accounts at risk. More updates to come as we make progress.

We’ve confirmed that matchmaking has been restored. We’re keeping an eye on things but believe the issue to be resolved.

Thanks for your patience, Legends.

The issue lasted for hours and denied players of their Sunday afternoon/evening Apex sessions. All of this happened in time with a special event aimed at drawing old players back to the OG versions of its first two maps. The hacks only seemed to affect consoles and PC, when you first logged into Apex you were greeted with the ‘Save Titanfall’ message below.

Whoever is behind the Apex Legends hack is doing it because of similar issues which had affected Titanfall 1 back in 2019. One player managed to kick players out of Titanfall 1 games on PC and spammed them with racist messages, making the multiplayer-only game virtually impossible to play.

Respawn have announced in recent months that “the team is investigating” and “help is coming ASAP” for problems like DDOS attacks on the Titanfall series but nothing has yet to be done.

Players affected by the hack are unable to queue for any other game mode.

The website accuses EA of "fraud" for selling Titanfall while it's "unplayable."

NICKMERCS is Quitting Call of Duty Warzone and Here’s Why

Planet-Sol a Pokémon Styled NFT Game Kicking Up a Storm